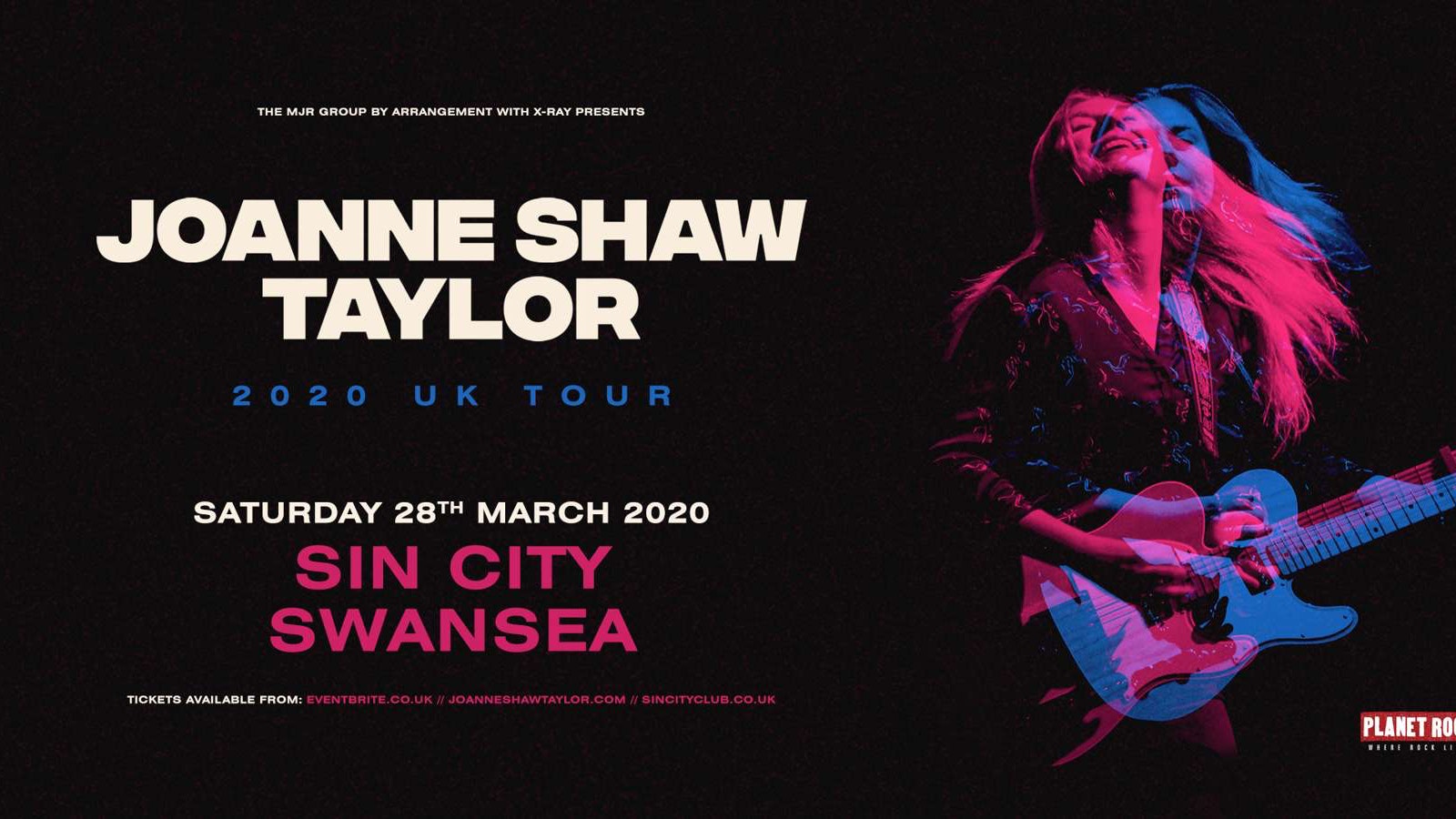 Joanne Shaw Taylor has established herself as the UK’s number one star of the blues rock world. The girl with the big voice from the Black Country has toured extensively around the world, released critically acclaimed albums and gained a global fan base as well as having the honour of playing alongside some of her musical idols.

Joanne is a bona fide star with famous fans across the guitar world including Joe Bonamassa ( who described her as a Superstar in waiting ), Tedeschi Trucks, Kenny Wayne Shepherd, Wilko Johnson, Glenn Hughes and John Mayall to name but a few.