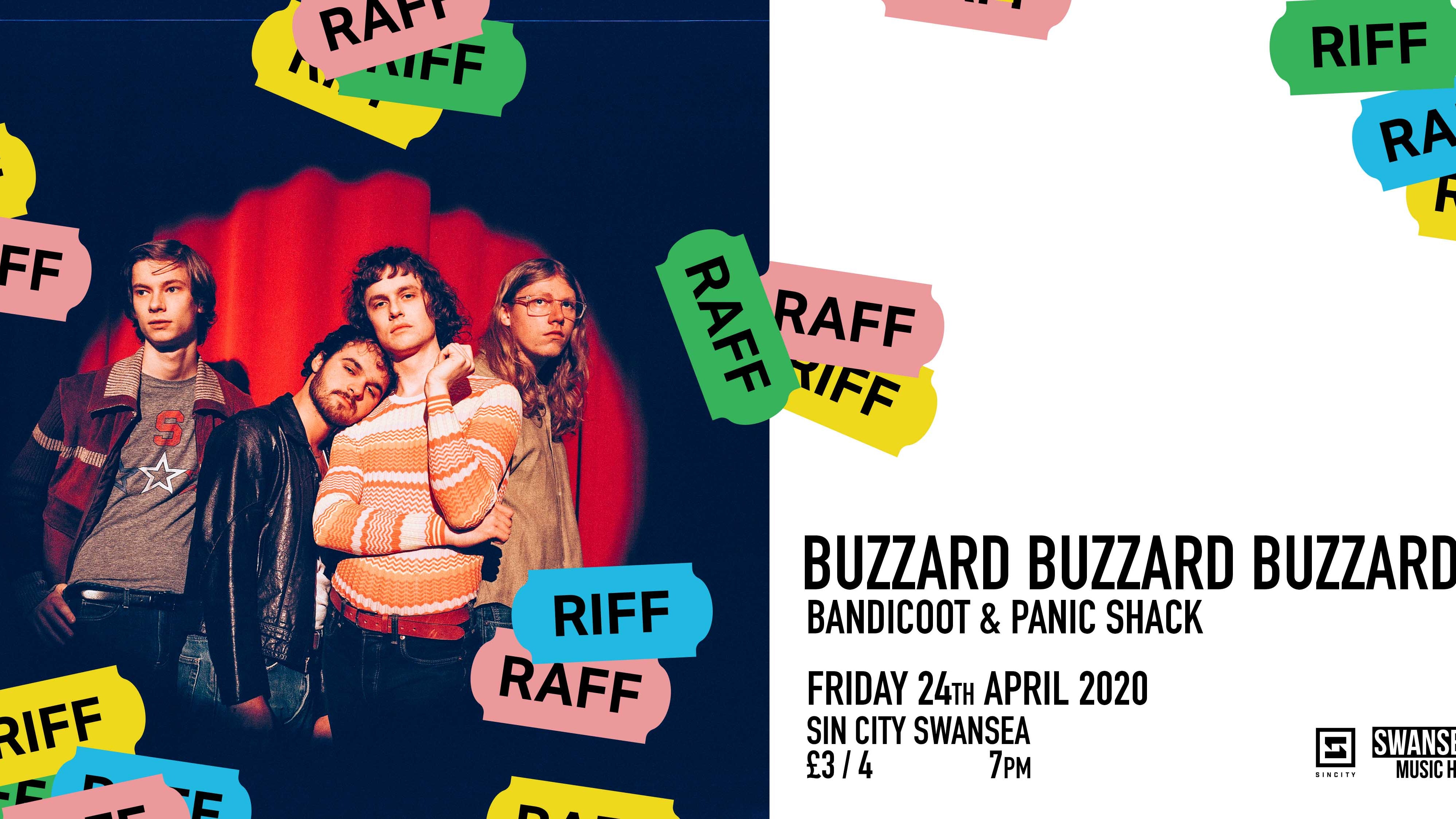 #BUZZARD BUZZARD BUZZARD
Taking inspiration from the likes of T.Rex and Thin Lizzy, Buzzard Buzzard Buzzard have just shared their brand new track ‘John Lennon Is My Jesus Christ’, a tongue-in-cheek ode to some of the music greats. “‘John Lennon Is My Jesus Christ’ started as a bit of fun more than anything,” they explain. “It developed into a conversation around idolisation, and how fandom, servitude and dedication to a certain character is universal, and not limited to any particular religion or art form. I thought it was interesting to explore ideas around idolisation in an instance where the subject being idolised isn’t a good person, which is certainly the case for John Lennon – it was a provocation of my own idolisation of John, in the knowledge that he was truly an awful and wrathful person in reality.”

#BANDICOOT
A Swansea band who need very litttle introduction – but we’ll give them one anyway! Bandicoot have been on the rise in recent times and it seems that there’s very little end in sight to that rise! Their sound is influenced by the likes of Talking Heads, Super Furry Animals and Radiohead; their lyrics touch upon ideas of national and individual identity, the Welsh language, personal relationships, and their relationship to their hometown.

#PANIC SHACK
Each member of Panic Shack comes from a creative background. The band’s front woman – local artist Sarah Harvey – is the talented writer behind the band’s post-punk feminist lyrics. Drummer David Bassey plays with Cardiff’s own CVC whilst bassist, Emily Smith also lends her musical hand to local ensemble John Mouse. Guitarists, Meg Fretwell and Romi Lawrence admit they only picked up their instruments for the first time a year ago! These women are insanely talented in different ways and their passion and determination for musical success is inspiring to girls everywhere.