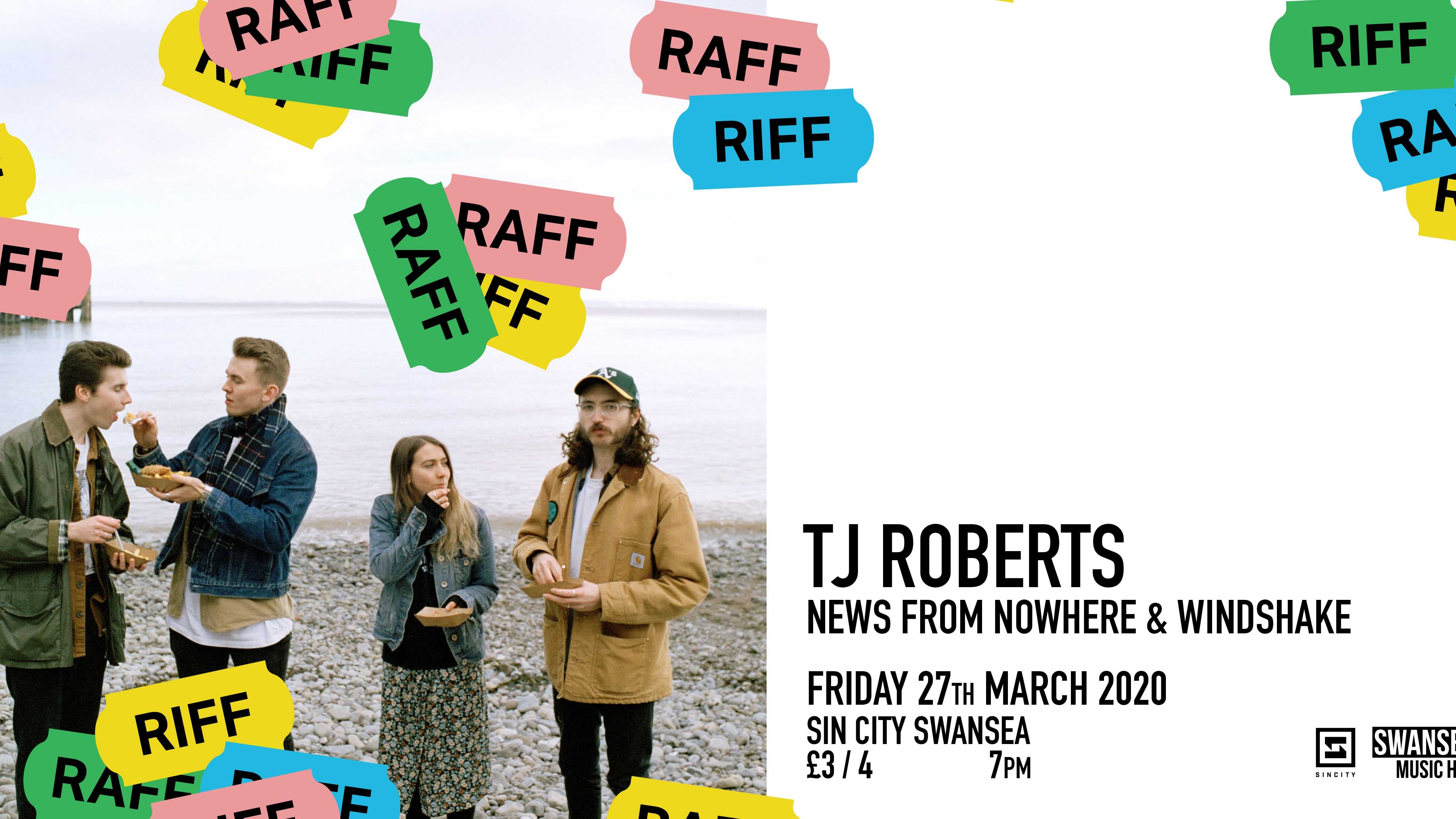 Like your favourite uncle (who almost definitely isn’t your uncle, because let’s face it, your own family are wilfully boring), TJ Roberts has spent time in the past but is staring unwaveringly into the future, with its live streaming, keto diets and its veneration of tyrants. What has unfolded at his feet is the mixtape of a whole life in music, equal parts Strawberry Fields haze, Palm Springs fuzz and the Austin Weird. This is a glimpse at the desperate desire of an outsider to drive the pulse of the inside. It is the serendipitous moment right before the subject realises he is on camera, full of unbridled authenticity, seconds before self-doubt creases his natural veneer.

NEWS FROM NOWHERE
News From Nowhere’s music is colourful and adventurous, fusing elements of prog rock with a folky lyrical sensibility and a spacey, hazy, psychedelic sound.
Currently working on their second album as News from Nowhere, which is shaping up to be a more accessible, down-to-earth effort following the progressive ambitions of 2013’s Five Fathom Round.

WINDSHAKE
Windshake are a garage rock 3 piece from the Swansea, South Wales. The band released their debut EP ‘Feeling Friendly’ on December 31st 2018.The band began their rise within Swansea’s music scene and were ‘a crowd-favourite’ at the Swansea Fringe Festival. Other singles released include: “Collector”, “Early Morning Reveller”, “The Awful One”, “A Bag Full of Wonders” and “Get Around (Don’t Get Up).